Home Adventures with Hand Of

HomeNewsHome Adventures with Hand Of

In March 2020, geography shrank. Our most epic journeys now extended as far as the shops, great expeditions braved the trip to school or to work. But the young adventurers of John Spence, Marden and Norham high schools were undeterred: their adventures would just have to take a different form.

And so, brought together by arts education charity Hand Of, these adventurers worked with musicians, artists and archivists from as nearby as Newcastle and as far afield as Norway, setting off on new adventures exploring the region that they call home.

They walked from the Cheviots to North Yorkshire alongside a Victorian sheepdog, who became a North Shields celebrity along the way. They marched into the 20th century, where they met Kathleen Brown and other suffragettes from the North East. And they adventured into their own lives, documenting their experiences of the 21st century through art, music, and poetry.

The project was called Home Adventures, and it saw each school writing stories, poems and music, and creating artwork. All of these different parts fit together to form a 20 minute film, containing work by all three schools – produced by and starring all of the participating pupils.

Covid prevented the children from rehearsing, creating and performing together live. Across 2020 and 2021 plans had to change, new ideas had to replace old ones, and everyone had to get used to a strange way of working, but the children who took part in the Home Adventures project were flexible, resilient and imaginative. It has been a challenging year for everyone, but together with the musicians, artists and educators at Hand Of, the children achieved something incredible: they pulled together as a group to create a beautiful film about the place they call home.

The Home Adventures film premiered on the biggest screen in the biggest auditorium at Sage Gateshead, on June 20th 2021. Three of the children – one from each school – bravely took to the stage to introduce their creation, thanking the audience for coming, and thanking their colleagues for all of their work creating the film together. Their achievement sets an amazing example for everyone, in a time when collaboration has never been harder. They can all be incredibly proud of their achievements this past year, and of their resilience, strength of character, and creativity.

Visit handof.co.uk to find out more. 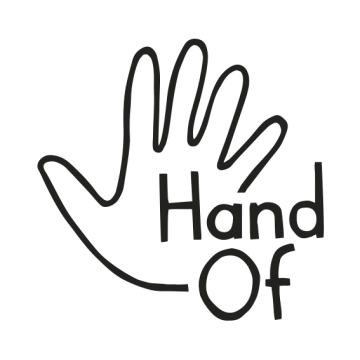