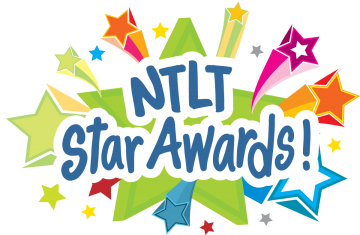 I am delighted to announce the launch of the 2017 NTLT Star Awards which honour and celebrate the outstanding achievements of children and young people across Trust schools. The Trust and the awards main sponsor Vision for Education are very excited to build on the success of the last 3 years and make the 2017 Star Awards bigger and better than ever.  To do that we need your help to promote the awards and encourage nominations.

Each school will receive a launch pack which will include posters for display, a template letter to parents and nomination forms. Downloadable printable versions of the nomination form and an online nominations link can be found at http://ntlearningtrust.org.uk/trust-activities/starawards/

Last year the awards attracted over 400 individual nominations and each nominee is recognised with a certificate for their achievements. 48 finalists are selected to attend a glittering awards ceremony final at The Assembly Rooms, Newcastle on Tuesday 4th July 2017. All 48 finalist receive a prize bag worth over £100 generously sponsored by Trust business partners. Please make sure your school is represented by encouraging lots of nominations!

The 12 award categories this year are:

Please don’t delay, get your nominations in today!!